Looking for a new guild ? Then tell us about yourself

Personal Information
1A - Personal Name: Christos
1B - Age and Gender: 21, Male
1C - Where are you from?: Greece

Character Information
2A - Your battletag: Crispr#21107
2B - Main character name: Samsàra-Kazzak
2C - Race and class: Troll Druid
2D - Days played (/played): 41 days
2E – Specs played (tell us about how well you play each spec): My main was balance through tier 2 so I am best with him, I've played restoration in mythic+ and some guardian(also played casual tank,healer on legion).
2F - Link to your mains armory profile: https://worldofwarcraft.com/en-gb/chara ... ms%C3%A0ra
2G - List any notable alts class/spec and armory profiles: Not any notable alts right now. I started playing again on tier 3 and decided to switch to horde side so I
didn't have any alts in the begging. Right now I have 3(monk tank, outlaw rogue, fury warrior) 440ilvl(not with bis essences) and I am aiming to have an alt almost
close to my main on next tier.

Your Experience and Performance

3A – Previous guilds and reasons for leaving: I was playing with Ancient Tempest-Kazzak for tier 2. I left because I did not like the environment(more toxic than my
standards) and I did not enjoy most of my raiding time there. Tier 1 I was playing on Mastery-Sylvanas (alliance side) as a discipline priest but only for some sort
time before guild got destroyed.
3B – List in detail which tiers you have played.: I started playing wow on Legion-Antorus as a Shadow Priest where I was casual, learning the game and managed to
get into a guild to progress Mythic Argus the last days of the tier being unable to kill the boss.
After that I played on first BFA tier(Uldir) as a discipline priest up to the point where my guild started to disband and I quit the game only to start again on tier
3(Eternal Palace). I managed to get my self in a 4/8 mythic guild arround 1 month after tier release and accomplishing the Cutting Edge achievement with them.

3C - Provide logs (raid overviews are preferable, EG - [https://www.warcraftlogs.com/rankings/c ... /6/#boss=0]). Videos are also great (show us your dick size):
https://www.warcraftlogs.com/character/id/40444286
3D - Screenshot of your UI in raid combat clearly showing your FPS (Control + R default keybind): https://imgur.com/OREVcGI
3E – Can anybody in the guild vouch for your performance or experience?: Servatorem
3F – How is your attendance? We are not interested in people who are late once a week or miss a raid every two weeks.: In my previous guild throughout the whole tier 3 we were following a three days/week schedule as well and I missed 2-3 raid tops due to some unavoidable situations that occurred. I intent to keep it that way.

Stand out from the rest

4A – Why do you want to join Fang?: I like to see myself as youngling that set on a life adventure with no plan in mind gathering experiences and hoping to find a
community where he feels that he belongs, making people around him happy while they do the same in return. Also I would like to join a guild that is a level higher
than any of my previous experiences and progress the tiers aiming high.
4B – What makes you stand out, why should we choose you?: My experience is not something I can flex with but I believe I am a person that someone can rely on; to
meet their expectations on a raiding environment and surprise them in good ways. Also I consider myself as someone who can adapt really fast especially under a
lot of pressure.
4C – What are your goals in WoW? Are you in it for the long run? Or are you a farm raider/one tier wonder? We want long-term loyal raiders!: As I said I am looking for
a community that I will get on well with it's members while I am playing with people I can antagonize and climb higher, become better, not only as a player but also
as a person.

5A – How did you hear about Fang?: I was scrolling wowprogress when I came across Fang. A friend already told me that it's a good guild that values it's members and this is something I respect so this combined with the world rank, I considered it a good choice.
5B – Anything else you would like to add?: I would like to thank you in advance for reviewing my application and although my poor experience, I am playing games from a young age so I can adapt really fast especially if I enjoy it. Also as an athlete(competitive swimmer in the past) I don't like getting left behind and due to that learned to push my limits. 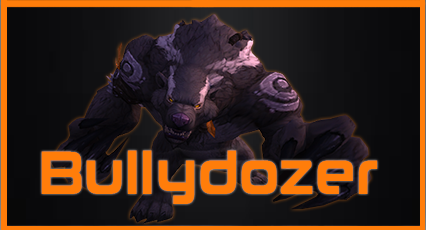